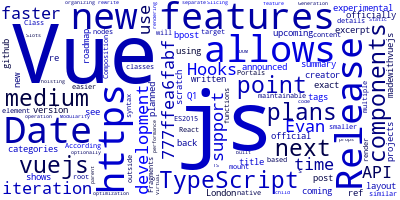 In this post, we'll see a summary of the new features coming with Vue 3.

Vue 3 is the upcoming version of Vue.js that was re-written from scratch using TypeScript.

Evan You, the creator of Vue, announced it back in 2018 at Vue.js London.

What is the Release Date of Vue 3?

At this time, there no officially exact release date, but the roadmap shows the official release is planned in Q1 2020.

According to Evan You, Vue 3 will be faster, smaller, more maintainable, and easier to target native development.

In more details, these are some of the new features of Vue 3: