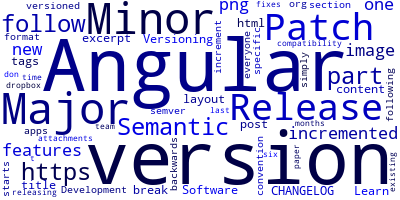 In Software Development, apps are versioned by following Semantic Versioning, which is simply a convention that everyone starts to follow.

Angular also follows semantic versioning which has a Major.Minor.Patch format. We increment a specific section when there is a major, minor or patch release:

The Angular team releases a new major version each six months and the last version, as of this time, is Angular 8:

You can follow with the latest versions from the CHANGELOG.