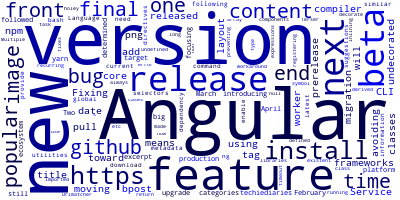 Angular 10, the next version of one of the most popular front-end frameworks is in beta version at this time. This means we are moving toward the final release of this new version.

Two beta versions of the platform were released on April 8, 2020. The new upgrade will be focusing more on the ecosystem than introducing new big features.

A target date for an Angular 10 production release is still to be determined. Angular 9.0 has been released on February 6, followed by Angular 9.1 on March 25.

How to Install Angular 10?

You can install Angular 10 CLI using npm or yarn using the following command:

Before the final release of version 10, you'll need to add the next tag to install the latest prerelease version

You can also download the beta prereleases from GitHub.

At the current time, these are the new features of Angular 10: