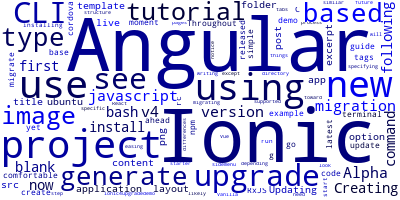 Ionic 4 is not yet released (Alpha) but you can upgrade your Ionic 3 project to use Ionic/Angular v4 as of this moment if you are comfortable using alpha code. The Ionic CLI 4 is also in R.C version and you can use it to generate Ionic 4/Angular 6 projects and use them as the base to migrate your Ionic 3 apps. In this Ionic 4 migration guide, we'll see by a simple example how you can update a demo Ionic 3 project to Ionic 4.

Before you can create a new Ionic 4 project go ahead and install the latest version of Ionic CLI (v4) using the following command from your terminal:

After installing the Ionic CLI 4. You can now run the following command to generate a new Ionic 4 project based on Angular 6:

We are also specifying the blank starter template but you can use sidemenu or tabs templates depending on what your Ionic 3 application is using for easing the migration process.

When writing this tutorial, only Angular is supported with the --type option but in future they likely will be other options such as Vue, React or Vanilla JavaScript.

If you look at the directory structure of your Ionic 4 project you'll see that's similar to Angular 6 projects except for some differences specific to Ionic.