Upgrade to Ionic 5 and New Features 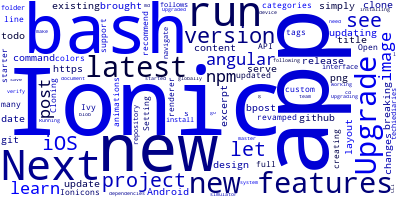 In this post, we'll learn how to upgrade an existing Ionic 4 project to the latest Ionic 5 version but before that let's see the new features brought with this version of Ionic.

This new release many new features such as:

How to Upgrade to Ionic 5

We recommend updating to the latest Ionic 4 release (4.11.10) before updating to Ionic 5.

Cloning and Setting up the Ionic 4 App

Open a new command-line interface and clone the Ionic 4 app repository as follows:

Next, navigate to your project's folder and install the dependencies:

Next, run the Ionic 4 app to verify that is working.

Let's get started by installing Ionic 5 CLI globally in our system:

Next, simply go to the breaking changes document and see if there are any other changes that you need to make in your app.

Next, run in the Android or iOS device/simulator: