MyCLI: A MySQL CLI Based on Python with Auto-completion and Syntax Highlighting 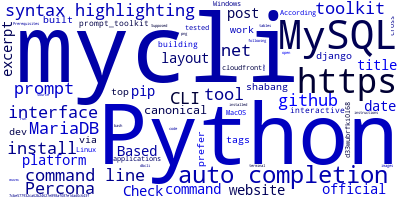 If you prefer to work with MySQL via its command-line interface, you'll like mycli which is a CLI tool with auto-completion and syntax highlighting built on top of Python and prompt_toolkit for building interactive command line applications with Python.

It is cross-platform and it is tested on Linux, MacOS and Windows.

mycli is a command line interface for MySQL, MariaDB, and Percona with auto-completion and syntax highlighting.

Supposed you have Python and pip installed, open a new terminal and run the following command:

Check out the official website for instructions on how to install MyCLI on the other platforms.

You can check the source code of this tool on GitHub.