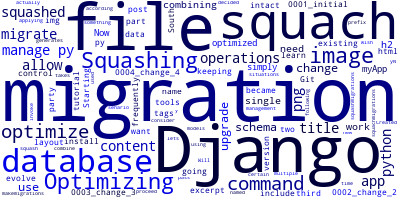 Django migrations allow you to change , evolve and upgrade your database schema while keeping any existing database data intact .They also allow you to use version control tools such as Git with databases .

In this tutorial we are going to learn how to optimize database migrations by squashing or combining them .

Starting with Django 1.7 ,migrations became part of Django itself so you don't need to install any third party apps such as South to work with database migrations .

To use migrations you frequently work with two commands which are :

Which generates migration files according to the change in your Django models .

Which actually migrates or upgrades the database schema .

But there are also other Django commands that can be used in certain situations such as when you need to optimize your migrations .

How to squach migrations in Django ?

Django has a management command that allows you to squach or combine multiple migration files into a single optimized migration file .

You can simply invoke this command using :

You have a Django app named myApp which has 4 migrations

Now when you want to migrate your database ,applying these migrations takes time so you have decided to squach and optimize them .

You pass the app name and migration file name (or just prefix) you want to squach up to .

As you can see from this simple example squashing is not only about combining migration files into one single file but also about optimizing the number of operations inside the final squashed file .