Working with FormData in Angular 13 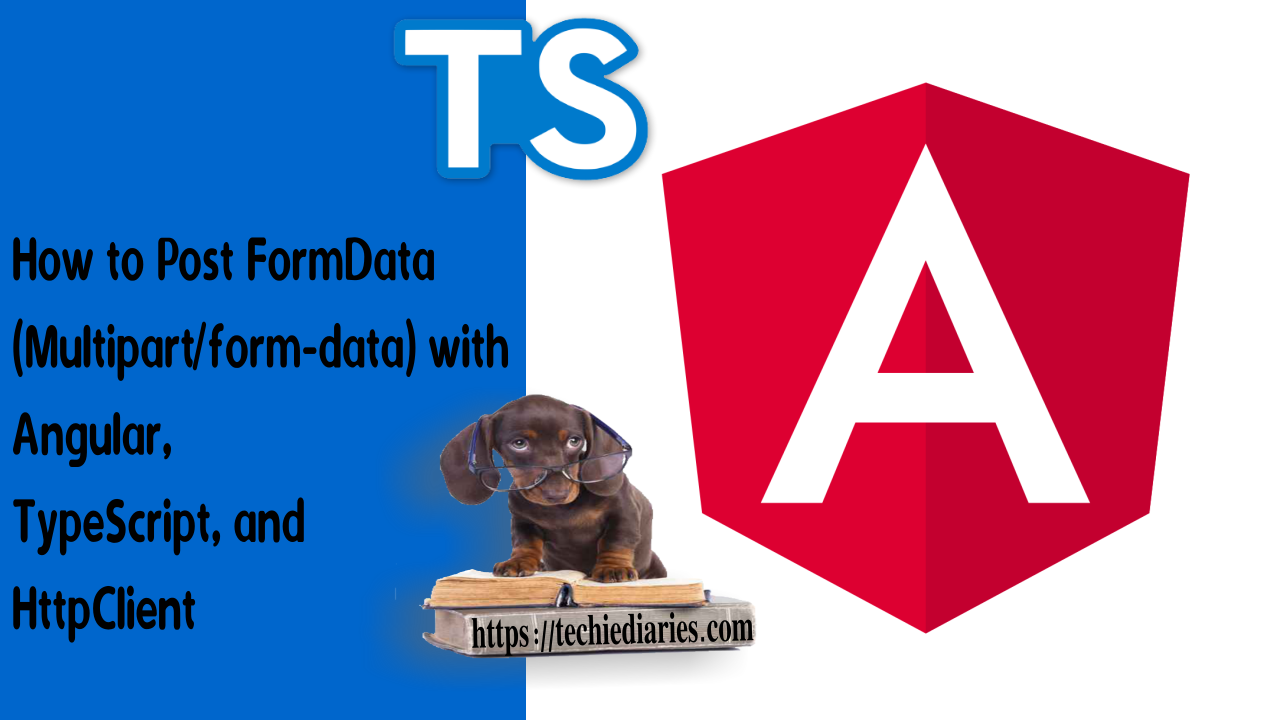 In this tutorial, you'll learn how to work with FormData in Angular 13 and TypeScript and how to post it to a web server via a POST request and HttpClient.

When building a web application, forms are a critical aspect because they allow you to obtain user data and upload it to a server.

Learn how to install and set up an angular 13 project and the prerequisites first if you're new to these how-to guides.

Forms can be used in a variety of ways in JavaScript and HTML. Different frameworks (such as Angular) have also added new ways to handle forms.

In this tutorial, we'll look at 'FormData,' a browser API for handling form data, as the name implies. This API provides methods and properties that allow you to easily access and work with form elements and their values.

It's especially useful when working with client-side frameworks like Angular because it lets you conveniently arrange form data to be sent with POST HTTP requests.

Consider FormData as a JavaScript representation of a form rather than an HTML form. Additionally, you can create a FormData instance directly from an HTML form.

When you use the FormData API, you can create a compilation of key/value elements that correspond to the contents of form fields and their values. Angular 13 HttpClient can then be used to send this data to the server.

It's also worth noting that a FormData instance is equivalent to an HTML form sent using the multipart/form-data encoding.

How to use FormData in angular 13

Let's look at how to create a FormData instance and send it with a HttpClient POST request in Angular 13.

We'll suppose you have a server running at http://localhost:3000 with a /upload endpoint that accepts POST requests for file uploads.

Check out Nest.js Tutorial: File Uploading with Multer and Serving Static Files in Nest if you want to make a server for uploading files.

Create an angular 13 component for upload

If you've already created an Angular 13 project with Angular CLI, navigate to the root folder of your project and run the following command to generate the component we'll be working with:

Open the src/app/upload/upload.component.html file and add the following form:

You can also check this example with HTML textarea.

Next, open the src/app/upload/upload.component.ts file and start by importing these APIs:

We import FormBuilder and FormGroup from the @angular/forms package which are necessary to create a reactive form in Angular 13. We also import HttpClient that will be used to send data to the server.

Also, make sure to import ReactiveFormsModule and HttpClientModule in your main module application which can be found in the src/app/app.module.ts file and add them to the imports array.

The use of HttpClient calls directly from your components violates the separation of concerns principle, but this is just a simple example. Typically, you would need to create a service and then make a HttpClient call from it.

Next define the SERVER_URL and uploadForm variables in your component:

Next, import and inject HttpClient and FormBuilder:

Next, let's add the onFileSelect() method which gets called when a file is selected by the user:

We simply check if at least one file is selected and we set the profile field of uploadForm to the selected file.

Finally, let's see how we can use FormData to send multipart/form-data to our server. Let's define the onSubmit() method:

We simply create an instance of FormData, next we add fields with their values using the append() method of FormData. In our example, we only add a field named file which holds the value the selected file. Finally we use the post() method of HttpClient to send the form data to the server.

For reference, FormData provides the following methods for working with form data:

In this tutorial, we've seen how to send post multi-part form data to a server using TypeScript, Angular 10, HttpClient and FormData.

When it comes to JavaScript and HTML, forms can be used in a number of ways. A variety of frameworks (such as Angular 13) have also introduced new methods for working with forms.

In this tutorial, we took a look at FormData which is a browser API that, as the name implies, is used to work with form data. This API provides methods and properties that allow you to easily access and work with form elements and their values from JavaScript or TypeScript in our case.

If you're working with Angular 13, it's especially useful because it allows you to easily assemble form data to be sent with POST HTTP requests, which is particularly convenient.